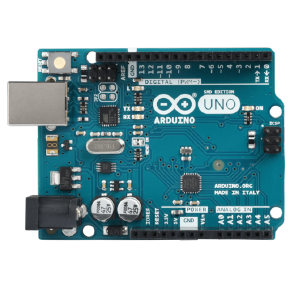 sbrl
/
arduino
Fork 0
Code Issues 0 Pull Requests 0 Activity
A place for all the arduino code I write.
iotlorasandboxexamples
You can not select more than 25 topics Topics must start with a letter or number, can include dashes ('-') and can be up to 35 characters long.
49 Commits
1 Branch
846 KiB
C++ 100%
Branch: master
master
Branches Tags
${ item.name }
Create branch ${ searchTerm }
from 'master'
${ noResults }

A place for all the Arduino code I write.

A collection of projects and example code for various Arduino-related devices.

My goal here is to make sure that everything is documented clearly enough that it should be a fairly easy and frustration-free experience picking up a project from here and running it. To that end, if you experience any difficulties - please contact me! Methods to get in touch are detailed on my website.

For some reason, the Arduino IDE is absolutely ridiculous in that it keeps libraries globally installed. Some of the projects and examples here require that libraries are installed to work, unfortunately (I wasn’t able to get them to function any other way :-/). To that end, I’ve listed below the libraries and where to get them from that I’ve used.

Used in some of the low-level LoRa test programs. This requires cloning the RadioHead repository into the Arduino IDE libraries folder, which is by default located at ~/Arduino/libraries. Here’s the clone command in question:

Execute it in the Arduino libraries folder as mentioned above.

Required for the LoRaWAN projects. Installable through the library manager if you search LMIC.

In addition, for some reason the author of this library has made a very bad design choice, in that you’ve got to alter the original library code in order for it to work. Navigate to the Arduino IDE’s library folder (by default ~/Arduino/libraries), enter the MCCI_LoRaWAN_LMIC_library directory, and then open src/lmic/config.h for editing. You want to uncomment line 50, which should read like so once uncommented: