Constructing the hardware for the LoRaWAN Signal Mapper is a 2-step process:

You'll need a number of items ready and at hand before you start. A full parts list is given below. In addition, having the following items to hand would probably be helpful:

Constructing the circuit itself is best done with the aid of a diagram: 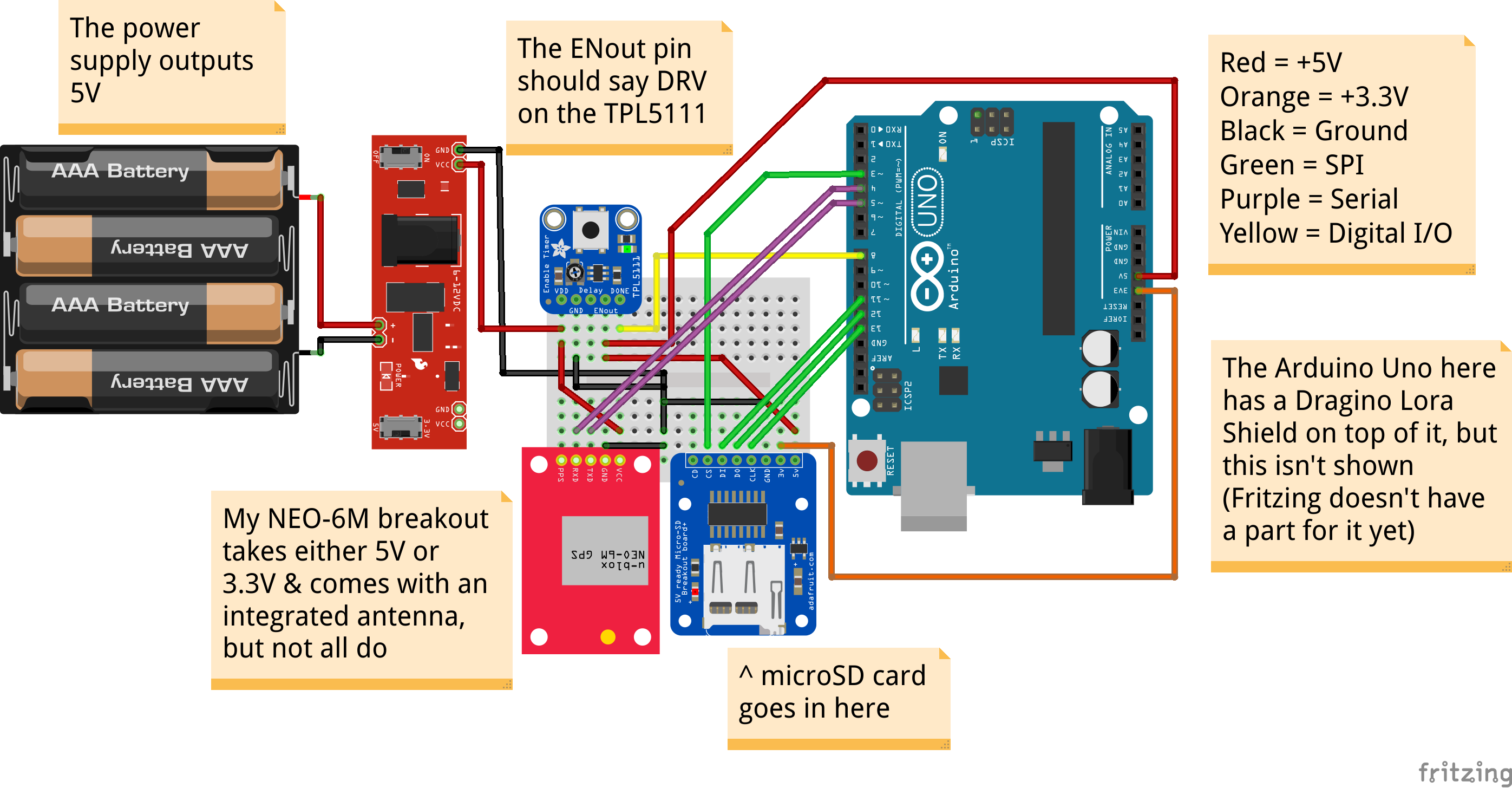 The above assumes that you've got a battery box and a regulator. A few things to note:

Also, make sure to turn the potentiometer on the TPL5110 most of the way to the left, to reduce the time between readings to ~1m30s. It may take a few goes to adjust this to the right value - I recommend doing this after programming and watching the time between the readings coming in.

Note: The TPL5110 only reads the potentiometer when it first starts up! When you turn the potentiometer, you also need to remove and re-apply the power in order for it to recognise the change.

Once you've got the circuit built and tested, you'll want a box to put it in. Just such a box is available in this repository, as a pair of OpenSCAD files in iot/:

It's supplied in 2 parts, to make 3D printing easier. Yur 3D printer probably takes a .STL file though, so you'll need to export them in the correct format for printing.